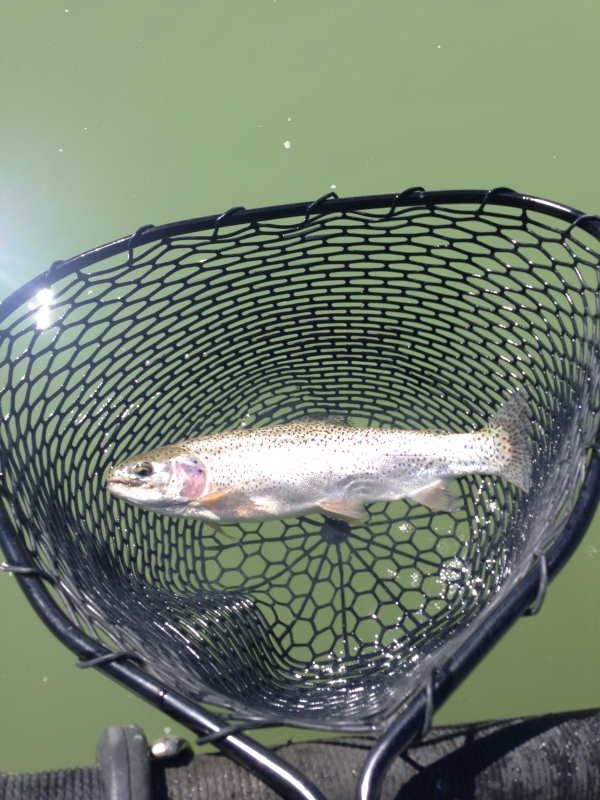 Black woolly buggers and bunny leeches are the stars of the show this week on the San Juan River. With the flows down near 250 cfs, the trout seem to be roaming more, with fewer fish holding in traditional feeding lanes. Don’t misunderstand, there are still lots of rainbows holding in shallow riffles where current is stronger, and you can have a banner day targeting those areas with dead-drifted nymph rigs, but many big rainbows and browns are roaming the deeper pools looking for a full meal.

We have had great success on these larger fish in places such as Three Island Run, Death Row, and Crusher Hole.  (Lower Texas Hole has been productive also.)

Several guides, myself included, have been relying on a black woolly bugger with lots of krystal flash in the tail (I like green flash best).  We fish the bugger under a strike indicator and trail it with a nymph of some sort.  This last week a size 18 red larvae has been the best point fly for me.  Other guides have been hammering big trout on the same rig but with a black or white bunny leech instead of the bugger.

To fish the rig effectively, make a long cast, let it sink for a few seconds, give a quick strip or hop, let it sit or drift for a few seconds, then begin a series of strips or hops followed by pauses. If you are fishing where there is good current, let the rig finish the drift while hopping it occasionally.  When it reaches the end of a drift, strip it back to you.  If you are fishing an area with little current, strip the rig back to you with many pauses between strips.

Visibility has improved to around 3 feet (for humans anyway) as the water is clearing from Navajo Lake’s winter turnover. I think this allows the fish to see the bugger or leech from a distance.  They are attracted to the movement and the flash and come to investigate. About half of the strikes we get are on the bugger or leech and the other half on the larvae.  The bugger strikes are often violent, but the larvae strikes can be subtle, only causing the strike indicator to vibrate or slowly move off its drift line.

If you want to fish the usual San Juan nymph rig, try a pink egg or big red larvae trailed by a small red annelid or black scintilla midge.  Adjust your length and weight according to the depth you are fishing and the speed of the current.  You want your rig to be near the bottom, with the weight ticking the rocks occasionally.

However you prefer to fish the San Juan, you will catch trout. (There are even a few fish being caught on dry flies.) The fishing has been outstanding, the weather is beautiful, and the crowds are light. 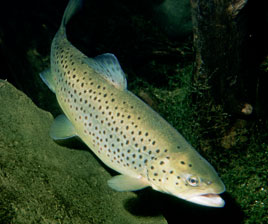 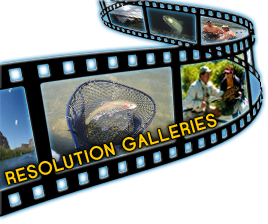